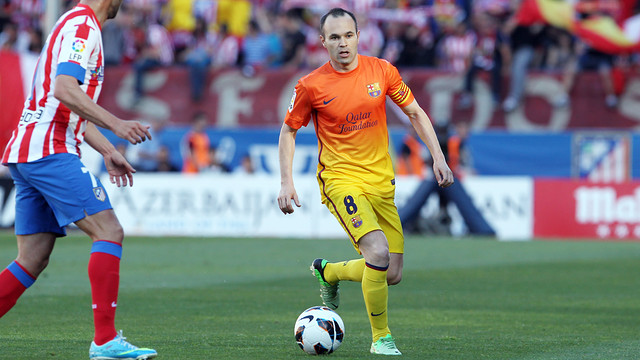 Barça and Atlético have faced off four times in the Spanish Super Cup. The record between the two sides stands at three victories for Barça and one for Atlético

Messi is the highest goalscorer of the competition with 10 goals

There are quite a few interesting stats and facts surrounding the away leg of the Spanish Super Cup at the Vicente Calderón. Let’s take a look at them:

– Barça are the club with most Spanish Super Cup titles (10), ahead of Real Madrid (9). Atlético Madrid have won the tournament once, in 1985.

– In terms of goals scored in the four previous meetings between the two teams, Barça has scored a total of 15 goals to Atlético Madrid’s 11. The average of goals scored stands at 3.25 per match.

– Atlético Madrid seem to be Messi’s favourite victim. He’s netted 20 times against the Colchoneros (17 in the league and 3 in the Cup). Of these 20, 8 of them were scored at the Vicente Calderón.

– Gerardo ‘Tata’ Martino and Simeone will face off for the first time ever this evening.