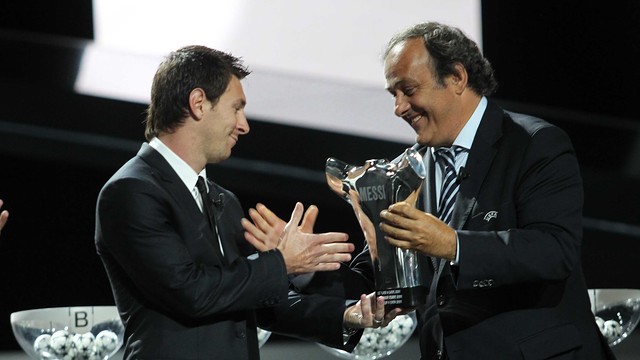 Barça will learn who their opponents are in the group phase of this year’s Champions League group stage, when the draw takes place at the Fòrum Grimaldi in Monaco at 17.30. The event will also see the announcement of the top player of last year’s competition, with Leo Messi looking to succeed Andrés Iniesta, who won last year. Cristiano Ronaldo and Franck Ribéry are the other candidates.

Leo Messi will once again be in Monaco on Thursday evening, this time accompanied by President Sandro Rosell and his parents, alongside Andoni Zubizarreta, Raul Sanllehí, Amador Bernabéu and the Club’s delegate to UEFA David Bellver.

The Barça party will arrive in Nice at about half past one, before making for Monaco where President Rosell and Raul Sanllehí will both attend the ECA meeting.