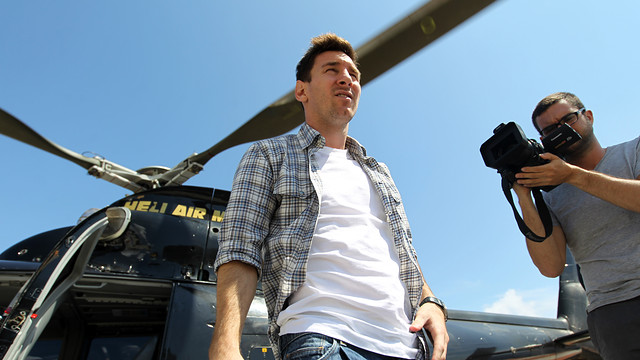 President Sandro Rosell and striker Leo Messi have arrived in Monaco for this evening’s Champions League draw. The event begins at 17.30 in the Fòrum Grimaldi where Barça will be represented institutionally by president Sandro Rosell, director of professional football Andoni Zubizarreta, director of football Raul Sanllehí and the delegates for relations with UEFA Amador Bernabéu and David Bellver.

Leo Messi is the only player who has made the trip to the Principality. The Argentinian has been shortlisted for the player of the year trophy won last year by Andrés Iniesta. This year’s other two finalists are Cristiano Ronaldo and Franck Ribéry.

Also, today at midday president Sandro Rosell will be attending a meeting of the ECA along with Raul Sanllehí.