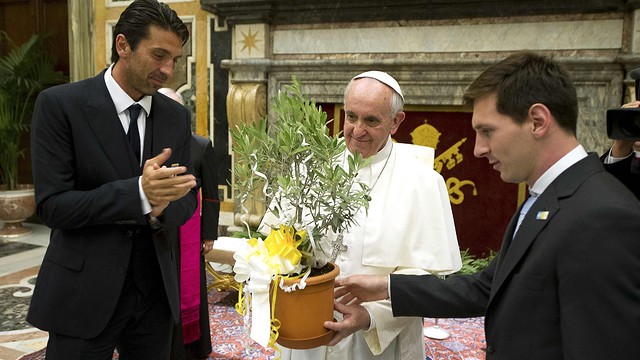 Leo Messi will not feature in the international friendly between Argentina and Italy in Rome this Wednesday. After undergoing tests conducted by the Argentina national team doctors, it was decided that Messi should return to Barcelona and focus on recovering from his muscle injury. The injury forced the forward miss out on Barça’s last match of the Asia Tour.

Pope Francis received Argentina and Italy’s national teams in a private audience this afternoon at the Vatican. Leo Messi, who attended the meeting, said: “It was a special day. I’m very proud that I was able to see the Pope, but also because he’s Argentinian. Football has taken me all over the world, to incredible places, but today was truly special, it was unforgettable.”