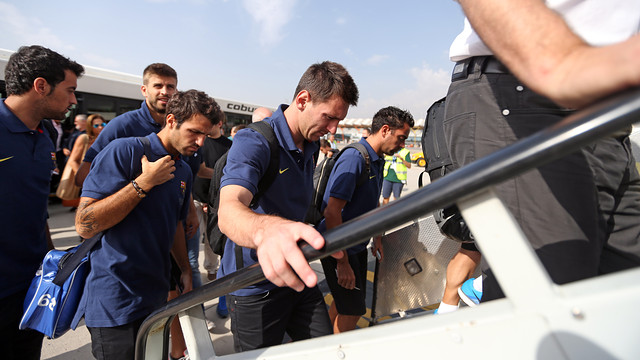 Tests have revealed that the Argentinian has bruised the femoral biceps tendon in his left thigh. The FCB Medical Services have announced that they will be monitoring the player’s progress this week before deciding whether he will be fit to play on Sunday.

Leo Messi played in five of Barcelona’s six preseason fixtures, and also started the Liga match with Levante (7-0) and last night’s 1-1 draw with Atlético in the Supercup.