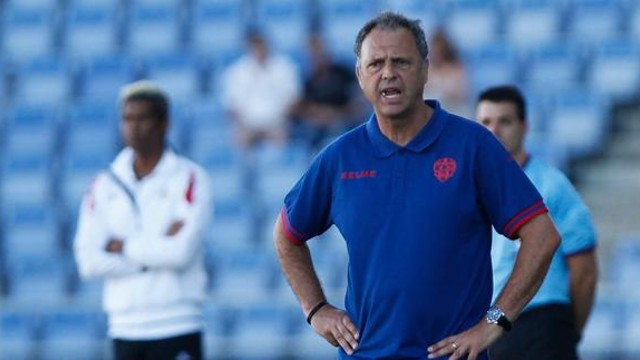 The experienced Spanish coach has managed 23 matches against Barça with just one win, six draws and 16 defeats

With Levante on Sunday in the Camp Nou, Joaquín Caparrós will manage his 24th match against FC Barcelona.  This experienced coach has a good record in the Spanish league but has only achieved one win in 23 games against Barça.

Caparrós’ single victory came in the 2002/2003 season while in charge of Sevilla FC and with Louis Van Gaal on the Barça bench.  Just three minutes into the match Casquero put Sevilla ahead from the penalty spot and Toedtli hit two more in the later stages of the game to seal a win for the visitors.  The first – and last – win for Caparrós against Barça.

Joaquín Caparrós has lost his last six matches against Barça.  He’s had spells with Sevilla, Deportivo de la Coruña, Athletic Bilbao and Mallorca, playing 12 matches at home and 11 away.

Apart from that one victory over ten years ago, he’s drawn six and lost the remaining 16.  His teams have scored 21 goals and conceded 50.  The biggest defeat was 5-0 while in charge of RCD Mallorca in the 2011/12 season, with goals from Messi (3), Cuenca and Alves.