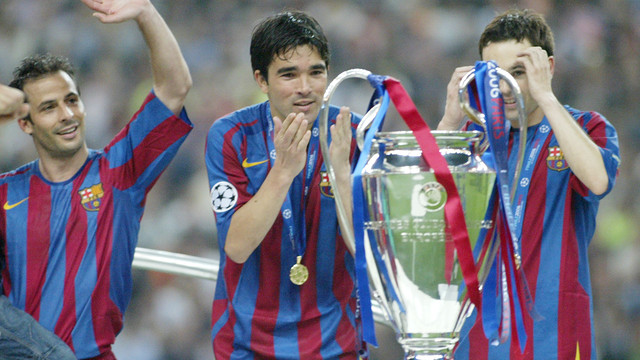 Anderson Luis de Souza announced this Monday that he’s officially retiring from football. Deco is hanging up his boots after 17 successful years as a professional footballer. The player, born in Brazil but of Portuguese nationality, played for Barça for four seasons, where he won two Ligas, tow Spanish Super Cups and the Champions League. Under the tutelage of Frank Rijkaard, and team-mates with Ronaldinho, Eto’o and company, Deco was one of the leaders of the Barça side that regained its winning mentality, a mentality that still persists today.

In the summer of 2008 he signed with Chelsea. He played two seasons in London, where he won the Premier League, two FC Cups and the Community Shield. He also made 75 appearances for Portugal and scored 5 goals in his international career. In 2010 he returned to Brazil, where he concluded his successful 17-year career as a professional footballer.