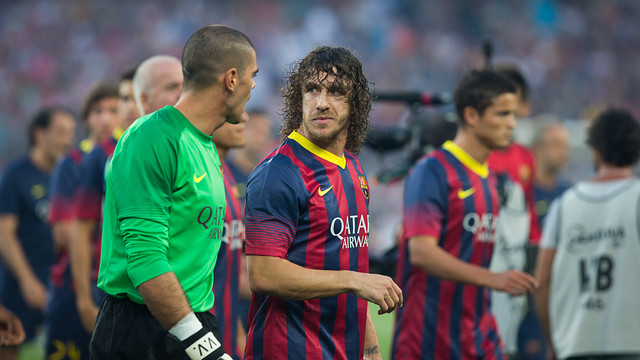 Now that the Joan Gamper Trophy is over it’s time to focus on the 2013 Asia Tour which will take Tata Martino’s Barça to Thailand and Malaysia. On their way to the far east, FC Barcelona will make a pit stop in Israel and Palestine, where Barça executives and players will participate in the Peace Tour – there will be two football clinics, one in Palestine and another in Israel. The list of players named to the team for the Tour is composed of 24 footballers – 22 first team players and two Barça B players, Bagnack and Dongou.

Captain Carles Puyol is the biggest absence from the list. The player is favourably recovering from his knee injury, but given the nature of the injury and the Tour, he won’t make the trip to Asia. Cuenca and Afellay will also remain in Catalonia.

The team will depart from El Prat Airport on Saturday morning for the Middle East, where they will remain until Sunday night.