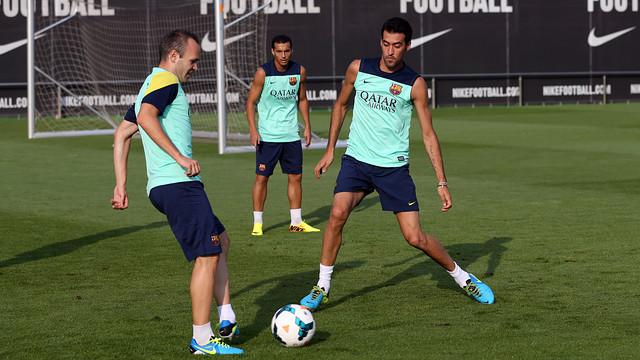 Tata Martino has named his first squad of the competitive season including Pedro, Messi and Cesc, all fully fit

The full squad, including the four players not called up for Sunday’s match, will train on Sunday morning in the Camp Nou ahead of the first league match of the campaign

Gerardo ‘Tata’ Martino announced his first 18-man squad of the season on Saturday morning.  On Sunday, the Argentine manager will lead the final session, which will include the four players not named in the squad – Sergi Roberto, Montoya, Dos Santos and Oier.  The team will then spend the rest of the day at the Hotel Princesa Sofía.