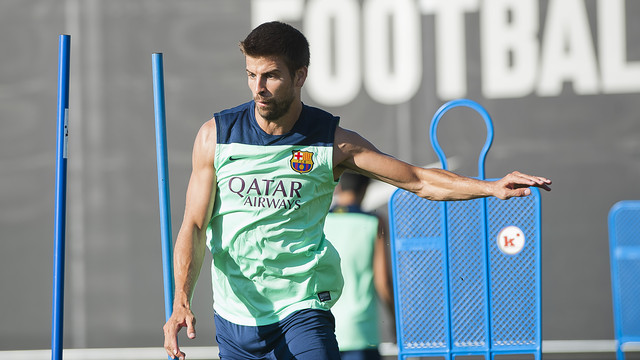 The ten first team players that didn’t travel to Poland, plus Pinto and Oier, trained this morning under Tata Martino

There were twelve first team players at Wednesday morning’s training session. These were the ten available players that didn’t go on the trip to Poland, namely Valdés, Alves, Alba, Piqué, Mascherano, Busquets, Xavi, Iniesta, Cesc and Pedro, and also the goalkeepers Pinto and Oier, who played a half each of the 2-2 draw on Tuesday night in Gdansk.

The session at the Ciutat Esportiva Joan Gamper was overseen by Tata Martino. Barça have another training session this evening, at which the same set of players will be joined by the ones who featured in the third game of the preseason.