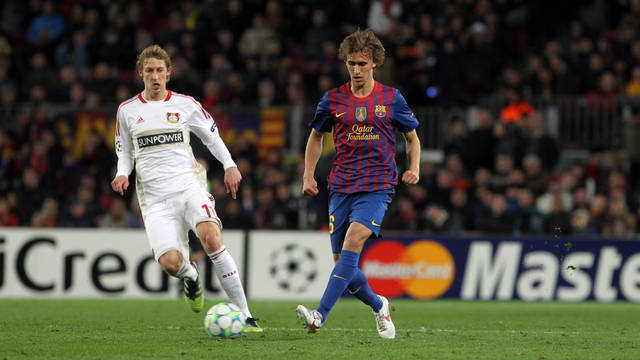 The Catalan defender, who learned to play at La Masia, has signed a four-year deal with the team managed by Mark Hughes

Marc Muniesa, who learned to play football in FC Barcelona’s youth academy, has agreed to a four-year deal with Stoke City. The defender, who claimed the U21 EURO Championship this summer, will join Mark Hughes’ team in the coming days.

[[CITA_1]]
This Tuesday Muniesa was officially presented as a Stoke City player: “I’m very happy to come to England and I’m pleased with the chance to play for Stoke City; I’ll do everything I can to help the club.”

In his first season with the senior side, the 21-year-old sustained a serious injury in the team’s first preseason match of the 2012/13 season, against Hamburg. Muniesa tore the ACL in his right knee. After he recovered from his injury, Muniesa started playing with Barça B, where he became one of Eusebio Sacristán’s go-to players. His first match after he recovered was against Hércules on February 23, 2013.

Muniesa is no stranger to long-term injuries. Just after he turned 16 he sustained ligament injury to his knee. On that occasion he tore the internal, external and cruciate ligaments of his left knee and he was out of action for 10 months. After he recovered he was rewarded with the first Liga title of the Guardiola era and a debut in top flight football against Osasuna at the Camp Nou.

I’m very happy to come to England and I’m pleased with the chance to play for Stoke City; I’ll do everything I can to help the club