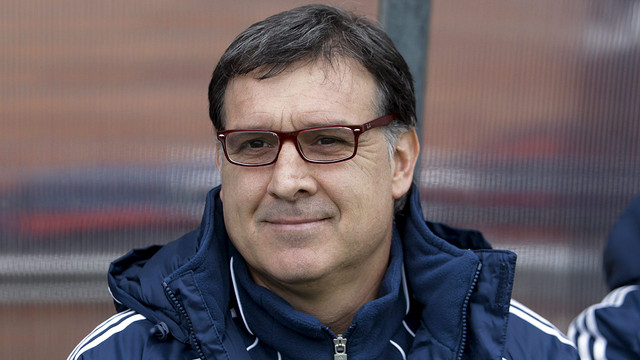 The new FC Barcelona manager will be giving a press conference on Friday at 13.00

The Argentinian lands in Barcelona on Thursday afternoon and will be appearing for photographs in front of the club offices at 18.30

The new manager of the FC Barcelona first team, Gerardo Martino, will be giving his presentation press conference on Friday at 13.00 in the Auditori 1899. That morning, at around 11.30, he will be signing his contract as the new FCB manager.

The Argentinian is arriving in Barcelona on Thursday afternoon, and on the same day will be posing for photographs outside the club offices at 18.30.

From Argentina to Barcelona

Martino said his farewells to his former club, Newell’s Old Boys of Argentina, on Tuesday and has a long flight ahead of him as he journeys to Barcelona to be officially presented.

50 year old Martino will be the Barça manager for the next two seasons and thus becomes the fourth FC Barcelona manager to have been born in Argentina.