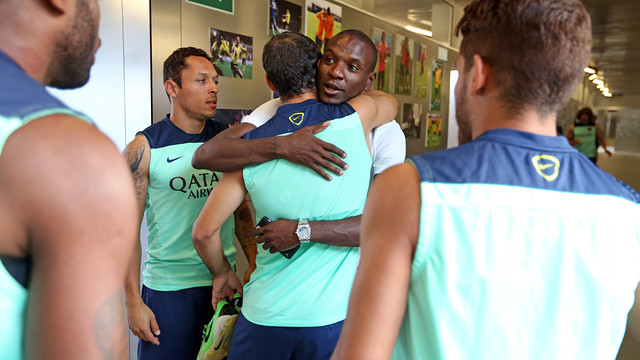 ’The Barça ex-player Eric Abidal dropped in to show his support for his ex-teammates at the Ciutat Esportiva.

The squad received a special visit at the Ciutat Esportiva Joan Gamper this Monday morning, when Éric Abidal, who was visiting the city, dropped in to show his support for his ex-teammates at this moment of difficulty. Abidal, currently with Monaco, played for Barça from 2007 until 2013 and was a very popular figure with the fans because of his human and footballing qualities. He remains a great example of overcoming difficulties.

The French international was quick to send his support for Tito Vilanova after news of his health problems was announced, sending this message on the social networks: