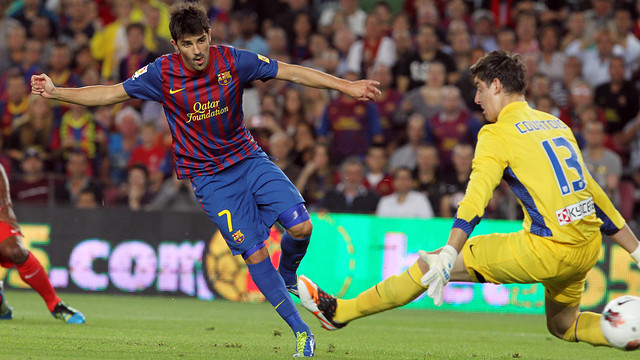 The two clubs have reached an agreement in principle

The deal will be worth a maximum of 5.1 million Euros, with Barça reserving the right to 50% of any sell on fee

FC Barcelona and Atletico Madrid have reached an agreement in principle for the transfer of David Villa.

The deal is set to bring Barça a maximum of 5.1 million Euros, with 2.1 due this season, 2 more if Villa stays at Atletico next year and another million should he be at the Madrid club the season after. Barça also reserve the right to 50% of any sell on fee in the future.

One of Villa’s first games with his new club could be against Barça in this season’s Spanish Super Cup between last season’s league and cup winners.