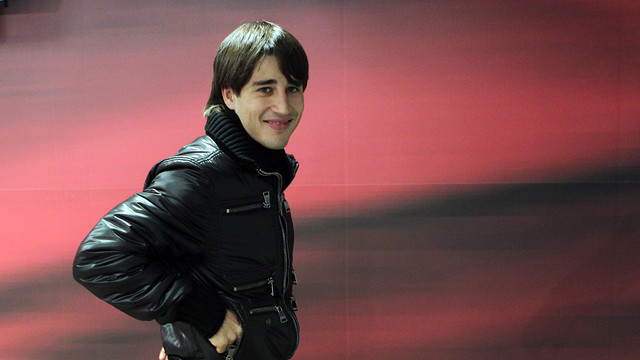 The Catalan striker will spend next season with the Dutch champions who will be competing in the Champions League.

After two years in Italy with Roma and Milan, Bojan will now try his luck in Holland

FC Barcelona and Ajax Amsterdam have reached agreement for the loan of Bojan Krkic to the Dutch club for the 2013/14 season.

The Catalan striker – who will be 23 this August, will play under ex-Barça man Frank de Boer, who led Ajax to the Dutch title last season to guarantee a place in next year’s Champions League.

Ajax will be the third team that Bojan has played for on loan, after spending a season with AS Roma and AC Milan last year.

In Rome, Bojan played under Luis Enrique and scored 7 goals in 37 games, whilst with Massimiliano Allegri at Milan, he had less game time last season.

4 seasons in the first team at Barça

Bojan learnt his trade at the Masia and made his debut with the first team under Frank Rijkaard in the 2007/08 season. In his four seasons with the first team, Bojan scored 26 league goals in 4,113 minutes – an average of one goal every 158 minutes