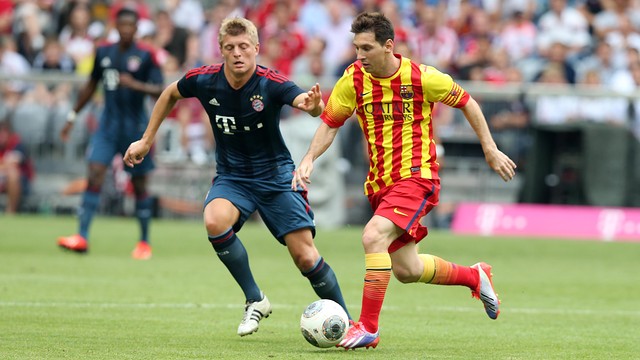 Barça 2013/14 started the preseason against Bayern, which included two familiar faces in Pep Guardiola and Thiago Alcántara. They were playing for the Uli Hoeness Cup at the Allianz Arena against a side that had had much more time to prepare. An early goal from Lahm (14′) and a late one for Mandzukic (86′) were enough to secure a 2-0 win for the Bavarians. Barça now travel to Norway, where on Saturday (19.00) they have a game in Oslo against local side Valerenga.