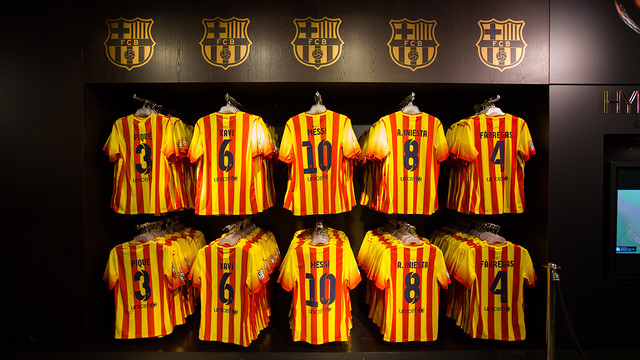 The game against Bayern has been brought forward to 18.30 so as not to clash with the Women’s European Championship which will feature the German national team

FC Barcelona will make their 2013/14 debut in their new away kit which figures the Catalan flag – the Senyera. The game against Bayern Munich will be Barça’s first game of the pre-season, after the match in Gdansk last Saturday was postponed following the announcement of Tito Vilanova’s standing down.

Two seasons ago, when Barça also played a pre-season friendly in Munich, playing Bayern in the final of the Audi Cup, they again wore their away strip. This year’s new shirts have been a massive success amongst fans and have been selling really well during the first few weeks it has been on sale.