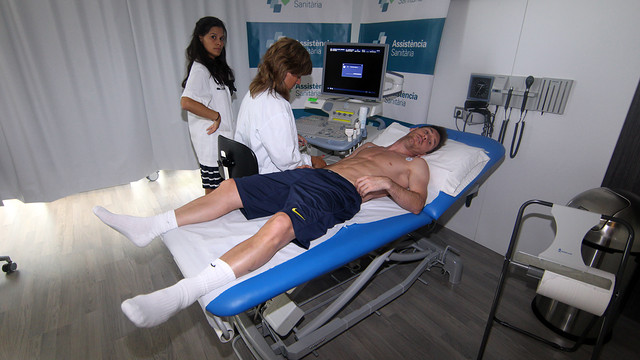 On Tuesday morning, Tito Vilanova and Andoni Zubizarreta will hold a press conference at the Ciutat Esportiva, which will be broadcast live on Barça TV and live streamed at www.fcbarcelona.com

The players first went through blood and urine tests before an echocardiogram, strength test, foot test, muscle and bone echo graphs a bone densitometer examination and a nutritional check up.

The team’s international players who have been on duty during the summer will be returning to training over the next few weeks.

From Tuesday, Tito Vilanova has programmed morning and evening sessions every day, beginning at 9.00 and 19.00, in order to avoid the midday heat.