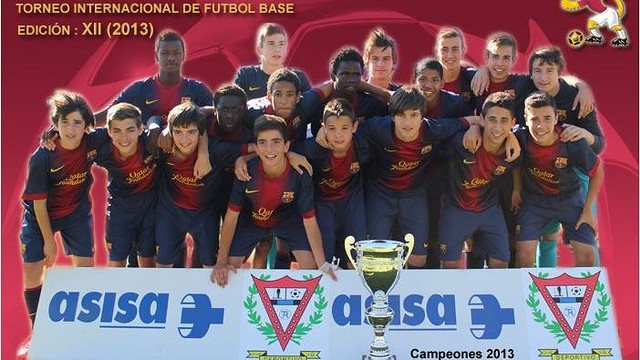 After the final with Atlético Madrid had ended without score, Iñaki Peña became the Barça hero of the day. The U14 stopper saved six penalties and also scored the decider in sudden death. It all meant that the side managed by Denis Silva finished as champions of the VII Torneo Internacional Reino de León.