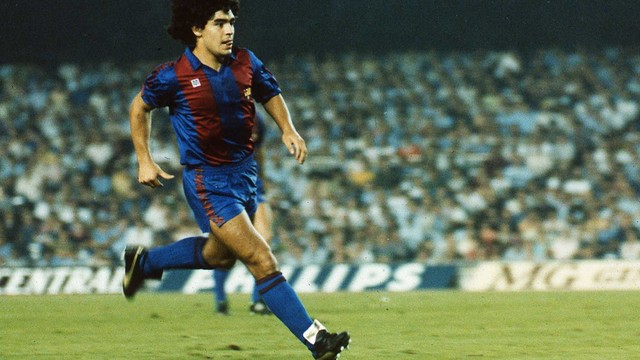 On June 26, 1983, Maradona scored such an amazing goal at the Santiago Bernabéu that the home fans rose to applaud it

Wednesday June 26 is the 30th anniversary of the famous Diego Armando Maradona goal at the Santiago Bernabéu. The Barça star dribbled past Agustín and watched as Juan José crashed into the post in a desperate attempt to prevent the Argentinian from scoring. The Real Madrid fans stood to applaud Maradona’s goal in the League Cup, a competition Barcelona went on to win.