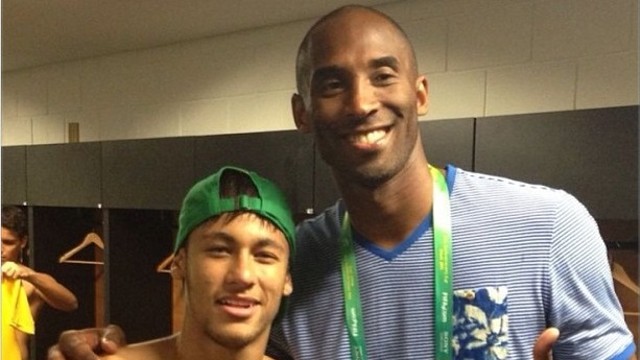 Kobe Bryant, one of the best ever NBA players, has always enjoyed a close relationship with Barça’s star players. The photo with Neymar is just the latest example of Kobe’s love of the Club.

The LA Lakers’ most charismatic player and one f the best ever to play in the NBA, ,Kobe Bryant, has always enjoyed a close relationship with Barça’s star players. The photo with Neymar, taken after Brazil’s win over Italy ,is just the latest example of Kobe’s love of the Club.

– In the summer of 2006, Kobe Bryant and the Barça first team met at a promotional event at the Kodak Theatre in Los Angeles, during the Club’s US Tour. 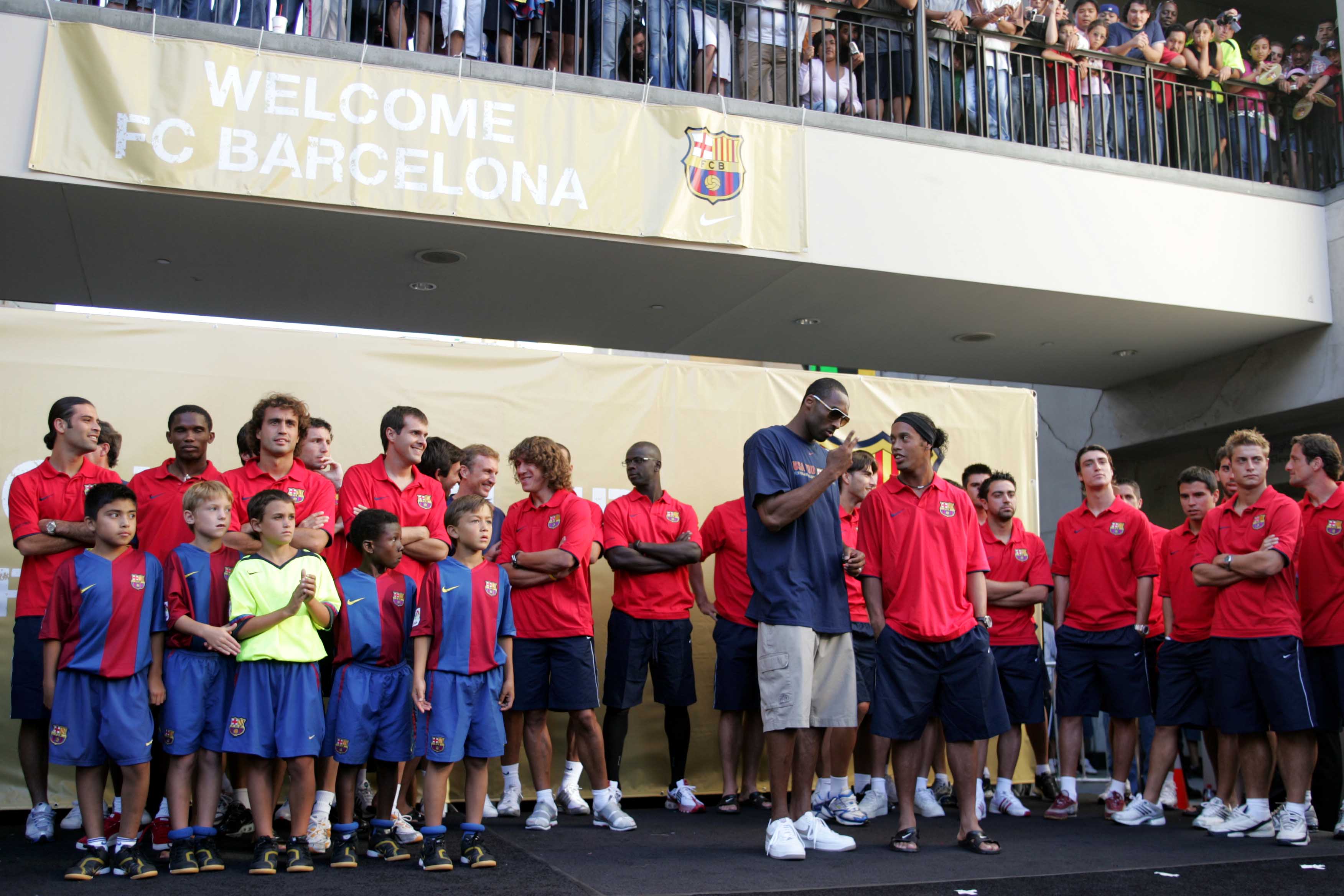 – A year later, in June 2007, Kobe Bryant was in Barcelona and visited the Miniestadi to watch a training session. 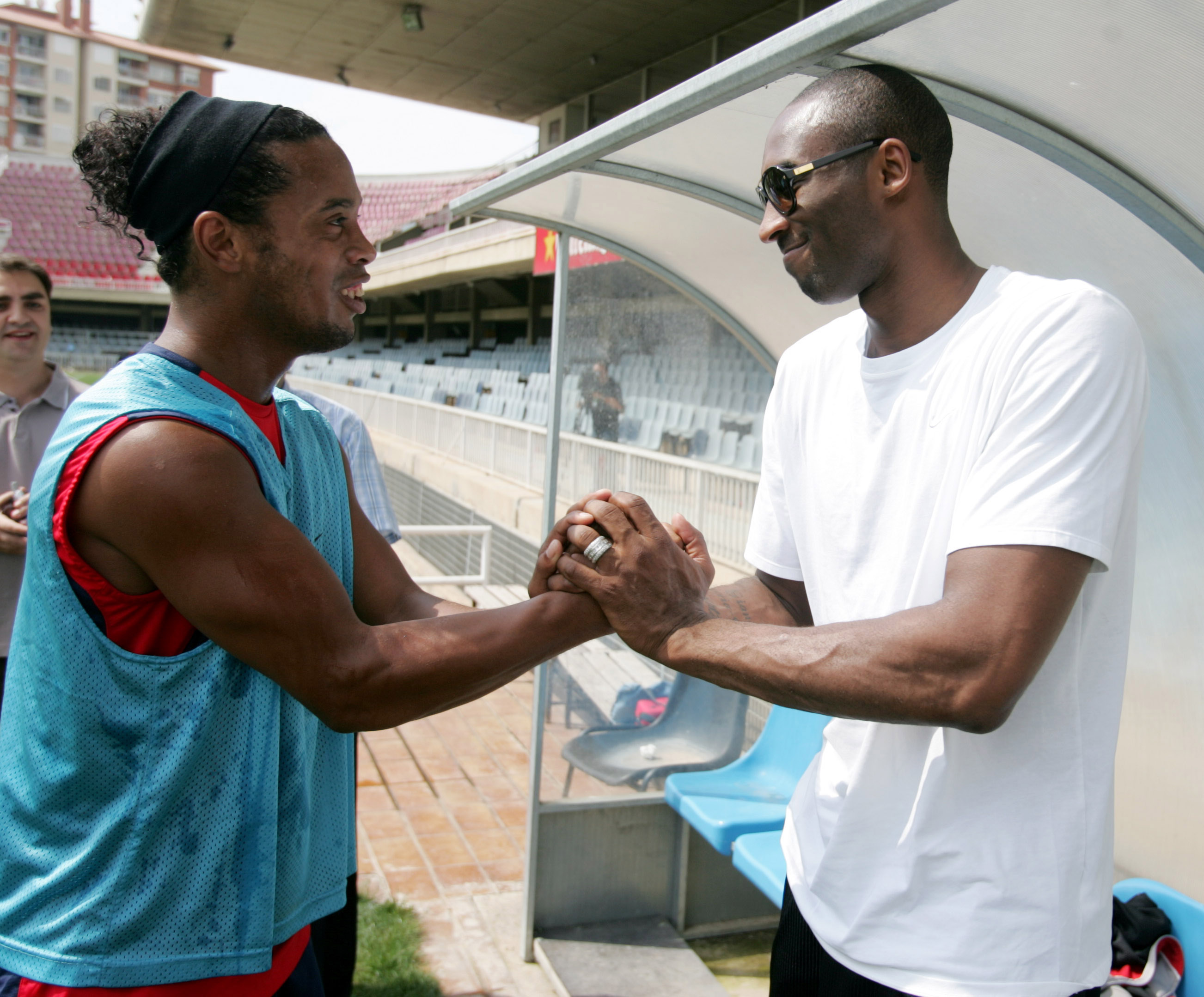 – In February 2009, Bryant featured on the cover of the prestigious ESPN magazine, wearing a Barça shirt. 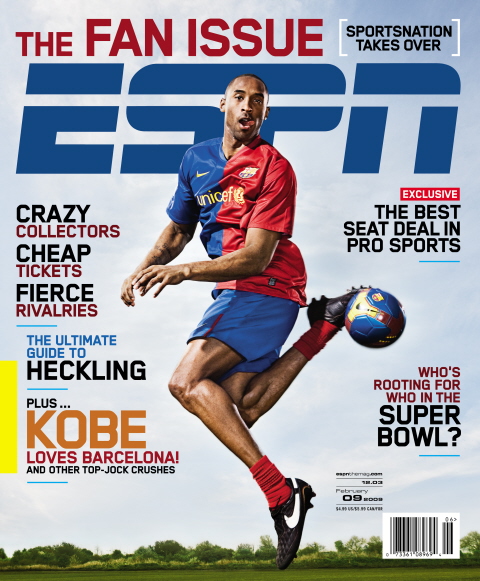 – In the summer of 2011 during another US Tour, Bryant came to the team’s hotel to say hi to the squad just before they left for Miami.

– Finally, this weekend Bryant had his photo taken with Neymar after Brazil’s win over Italy in which Barça’s latest signing put in a man of the match performance. 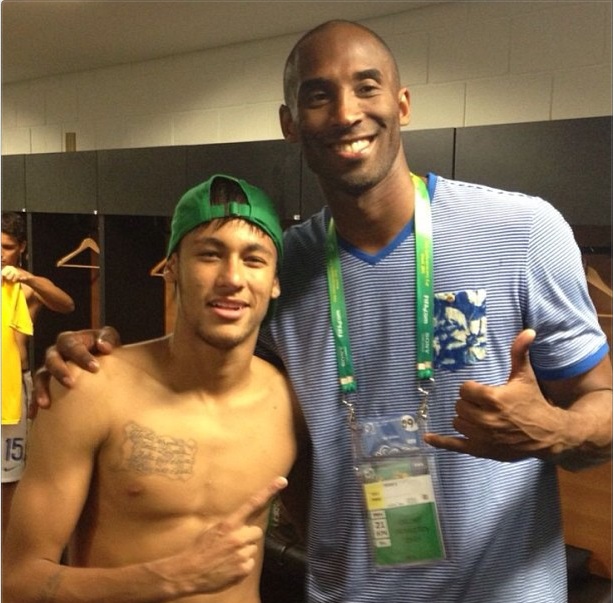