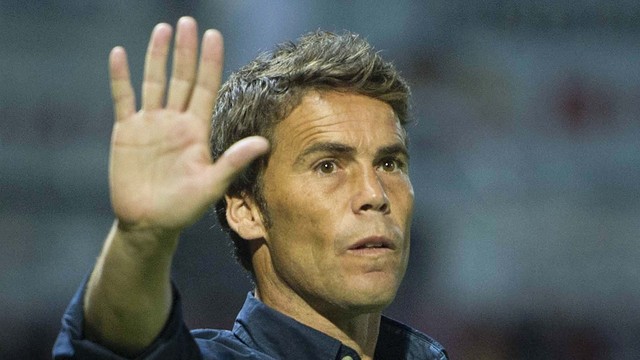 Joan Francesc Ferrer Sicília, Rubi, will be Tito Vilanova’s assistant in the 2013/14 season. The full coaching team will thus consist of Tito Vilanova as head coach; Jordi Roura as second coach, and ‘Rubi’ as their assistant.

In 2011/12 he assisted Javi Salamero on the bench at second division Girona, and the Catalan side managed to avoid relegation. Last year, Rubi became head coach for the greatest season in the club’s history, leading them into the playoff final, where Almeria eventually prevented them from playing in La Liga for the first time ever.

Rubi has signed for Barcelona for one season with the option to one more, and will join Tito Vilanova and the rest of the staff on July 15, the day that the first team is due to report back to start preparing for the new season.