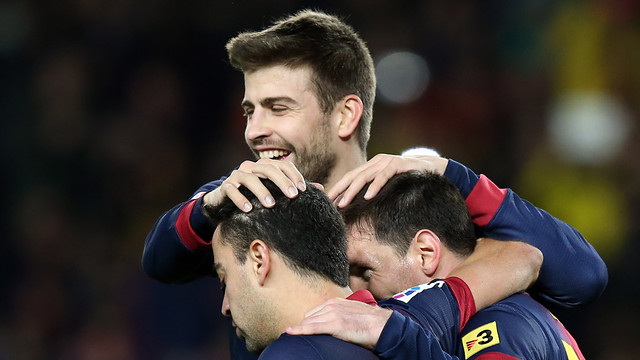 Five of FC Barcelona’s preseason matches have already been defined, although the details of the Joan Gamper Trophy and the Spanish Supercup have yet to be revealed

Barça’s 2013/14 preseason is taking shape. All that remains to be known is the day and opponent in the Joan Gamper Trophy and the dates of the Spanish Supercup, where Barça, as league champions, will be facing Copa del Rey winners Atlético Madrid. These are the Barça games already scheduled:

Date: Saturday July 20
Venue: PGAE Arena, Gdansk (Poland)
Opponent: Lechia Gdansk
Time: 20.30
Details: This will be Barça’s first game of 2013/14 and their first ever meeting with Lechia Gdansk. Tickets are on sale at www.super-mecz.pl.

Date: Wednesday July 24
Venue: Allianz Arena, Munich (Germany)
Opponent: Bayern Munich
Time: 19.30
Details: This will be a charity match and the team will compete for the ‘Uli Hoeness Cup’. The current European champions will be managed by former Barça coach Pep Guardiola.