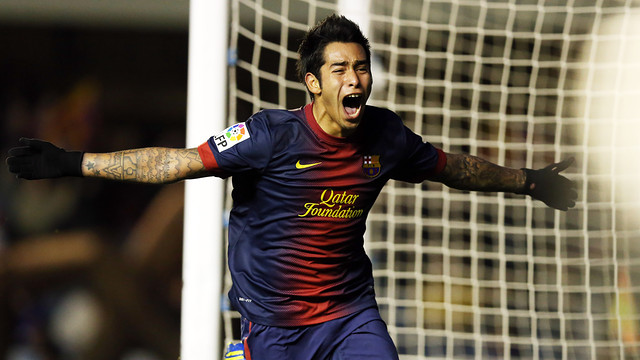 FC Barcelona will not extend Sergio Araujo’s loan deal ahead of next season. The player, who arrived to Barça in the summer of 2012, on a one-year loan term with the option of extending his stay for an additional year, will return to his club of origin, CA Boca Juniors.

Sergio Araujo, born on January 28 of 1992 in Buenos Aires, had a slow start to the season and he was the 16th most used player by Eusebio Sacristán (1,517 total minutes). The young forward, who played a total of five matches, finished the season with seven goals.

Fantastic appearances against Lugo and Castilla

The player put in particularly good performances against Lugo and Real Madrid Castilla. Against Lugo, two goals from Araujo saw the Blaugrana fight back from a one-goal deficit (1-2). Against Castilla, he also scored a brace as he led Barça B to a come-from-behind victory at the Miniestadi (3-1).