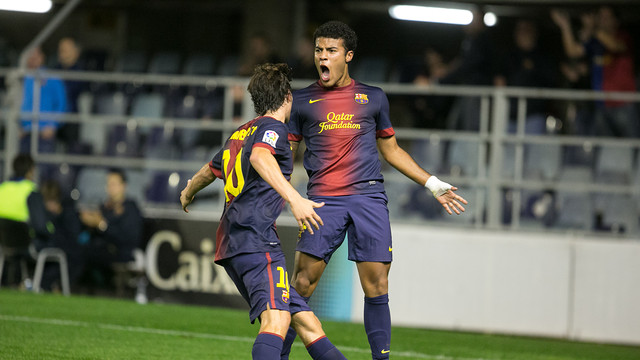 The player, whose contract was due to expire in 2014, will continue defending the Blaugrana colours for three additional seasons

FC Barcelona have reached an agreement with Rafael Alcántara, Rafinha, to extend the player’s contract through June 30 of 2016. Rafinha’s current contract was due to expire on June 30 of 2014. The player’s buy-out clause will be set at 30 million euros.

Rafinha, 20 years old, netted a total of 10 goals from 36 appearances for Barça B last season.