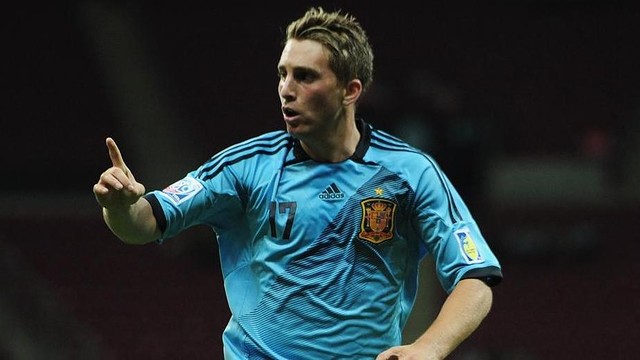 Spain kicked off its U20 World Cup campaign with a convincing 4-1 victory over the United States. Jesé (2) and Deuofeu (2) both scored for Julen Lopetegui’s side.

The first goal was scored quickly. On the 5th minute, after a fantastic cross from Deulofeu on the right, Jesé one-touched the ball to the back of the net. Spain dominated the pace of the game, they created chances and they made Cropper’s job of keeping out the goals difficult.

The second goal was scored on the 40th minute after an extraordinary play from Deulofeu. The player nailed a curling shot from outside the area to give his team a 2-0 lead. Three minutes later Jesé scored to leave Spain three goals ahead of the United States before the break.

The United States tried to fight back in the second half but a goal from Deulofeu put the game beyond reach for the Americans. USA managed to pull one back on 77 minutes when Luis Gil curled the ball past the Spain keeper for the definitive 4-1 scoreline.