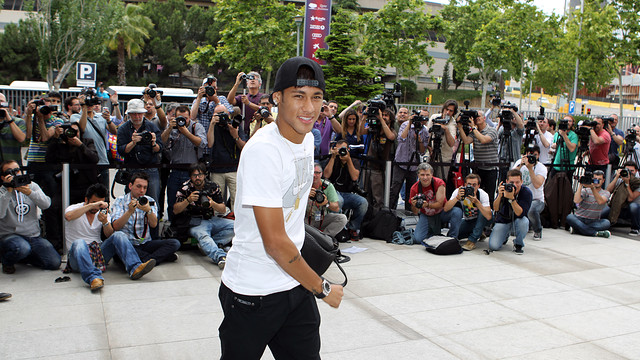 The members of the press, representing 122 press outlets from 15 countries, are at the stadium for Neymar’s presentation as an FC Barcelona player

A total of 334 members of the press corps have received accreditation for Neymar Jr’s presentation as an FC Barcelona player. Reporters, photographers, television crews and technicians, representing 122 press outlets from 15 countries, are currently at the Camp Nou for the big event. The represented countries are:

It’s worth noting that when the news broke that Neymar was going to sign for the Blaugrana, the Club’s web platform saw an increase of 184% of unique users and content regarding the Brazilian player notched up a 530% increase in traffic. The news was then picked up by the international press the following day.