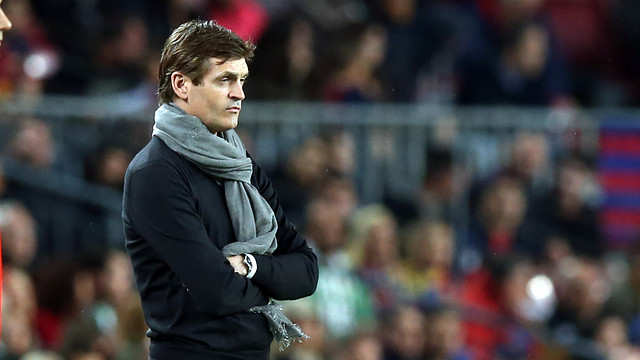 The Barça manager will undergo further cancer treatment in the USA

The pioneering treatment had been scheduled for this summer but has been brought forward now that Barça has won the league title.

Tito Vilanova has confirmed at a press conference that he will have further treatment for cancer next week in New York. The pioneering treatment has been developed at a specialised centre and is proving particularly effective.

It was originally planned for this summer but as Barça has now clinched the league title it has been advanced to next week. Tito Vilanova will be away from Barcelona from Monday to Friday.