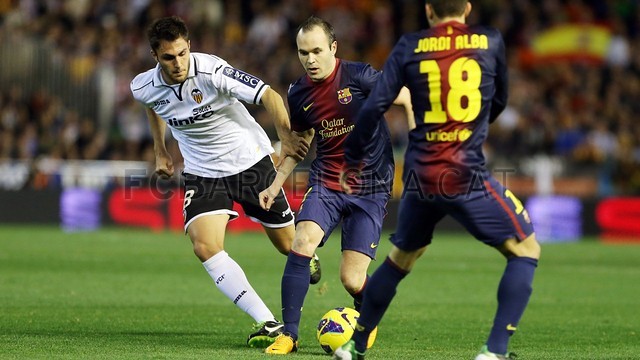 With three games left to play, there are still seven clubs involved in the battle to avoid relegation while the fourth Champions League spot looks like a two-way fight between Real Sociedad and Valencia.

On Friday evening, Atletico won their 10th Spanish Cup against Real Madrid in the Santiago Bernabeu itself but the focus now switches back to the league with the race to escape relegation still wide open.

Bottom side Mallorca (29 points) face a must win game on Monday at home to Betis but the visitors have European aspirations themselves and will not be in the mood for any charity. Celta (31 points) are not playing this weekend while Deportivo (32 points) are at home to an Espanyol side that just have pride left to play for. Zaragoza (34 points) receive Athletic Club – who themselves are not completely safe on 41 points – but the biggest relegation battle of the weekend will be in Andalusia where Granada play host to Osasuna on the back of a four-game unbeaten run. With 36 points apiece, a win for either side should keep them in the top flight for another season.

Meanwhile, at the other end of the table, the fourth Champions League place looks to be a two-way fight between Real Sociedad and Valencia, both on 59 points, while Malaga, with 54 points and just two games left to play, is all but out of the race. The two main contenders face difficult away matches to teams still harbouring hopes of making it to the Europa League, with Valencia travelling to Madrid to take on Getafe while Real Sociedad go to Sevilla.