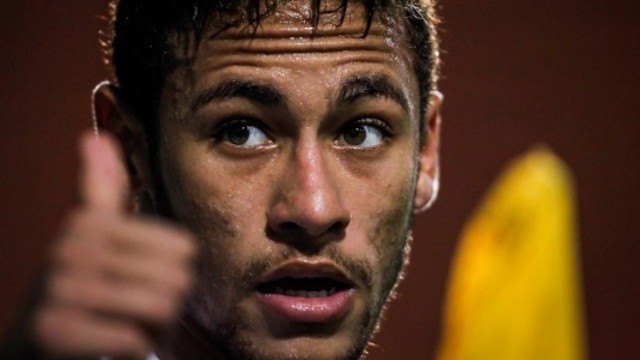 The Brazilian, who unveiled his new boots this Tuesday afternoon, explained that he’s “looking forward to playing with Messi, Xavi, Iniesta and Alves”

This Tuesday, Neymar da Silva unveiled the boots he’ll wear during the Confederations Cup. The new FC Barcelona explained that his decision to leave Santos wasn’t an easy one, but he went on to say, “I’m very pleased because I’m realising my dream of playing for Barça.”

“I’m looking forward to playing with them. Just thinking about it gives me that butterflies-in-the-stomach feeling,” said the 21-year-old on playing with Leo Messi, Andrés Iniesta, Xavi Hernández, Dani Alves and Adriano, among others.

After his last match with Santos, he noted that playing for FC Barcelona had always been a dream. “It’s my dream to play for Barça. I thank God for making this possible. Playing with Messi, Xavi and Iniesta is an honour.” Lastly, Neymar added “I’m very grateful to Santos, and now I’m thinking about Barça.”