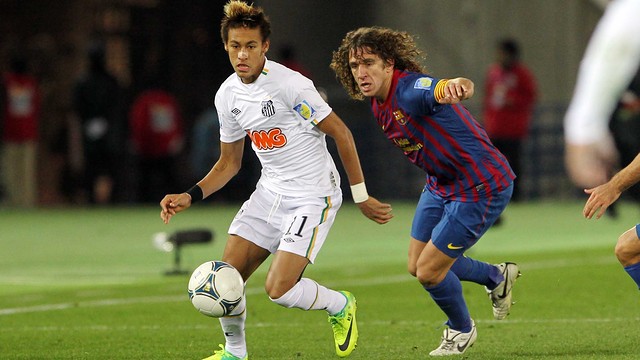 Neymar, who announced the news on Twitter and Instagram, will play for Barça for the next five seasons

FC Barcelona and Santos FC have agreed to terms for Neymar da Silva Junoir. The Brazilian forward will don the Blaugrana strip for the next five seasons.

The 21-year old is one of the most promising footballers on the planet. His pace and skill on the ball make him a player who can turn a game at any moment. Neymar, who was born in Sao Paulo, can play either in the centre of attack or drift out towards the wings. He’s equally at home with both feet whether dribbling or shooting.