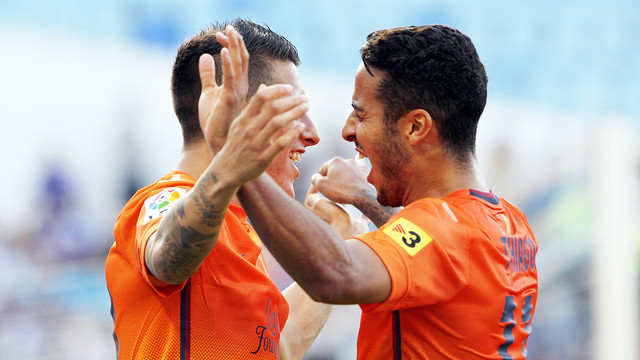 FC Barcelona are the team providing most players for the squad

Barça players Montoya, Bartra, Tello, Muniesa and Thiago have been named in Spain’s Under-21 squad for the Eurpoean Championships to be held in Israel between June 3rd and 19th. FC Barcelona are the team providing most players for the Spanish squad

Montoya, Bartra, Tello and Thiago will all miss Barça’s final league game against Malaga, as they will have to report to the Spanish camp at Las Rozas next Monday to prepare for the tournament. Barça B’s Marc Muniesa will alos miss his team’s last two games against Villarreal and Jerez.

The squad fly out to Israel on June 3rd and play Russia (6 June), Germany (9 June) and Holland (12 June) in their first round of games.