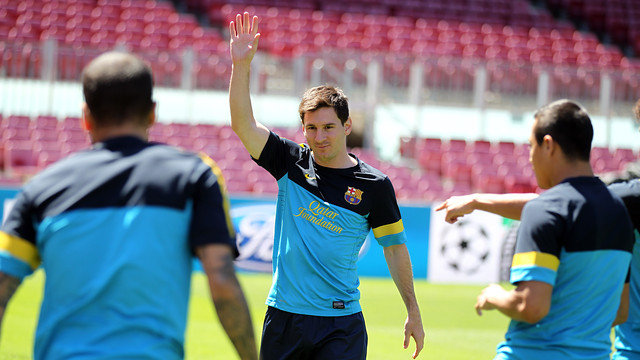 19 of the Barça squad trained at the Camp Nou this morning – eight hours before kick off.

The first team squad trained at the Camp Nou this morning ahead of tonight’s game against Bayern Munich. It was a gentle session, typical of a match day, in which the 19 available players put the finishing touches to their preparations for the semi-final second leg. Tito Vilanova will name the regulation 18-man squad just before the game, with one of the players missing out.

Once the session had finished, the players and coaching staff returned to the W Hotel, where they had lunch and will now rest until two hours before kick off, when they will get on the coach for the Camp Nou.