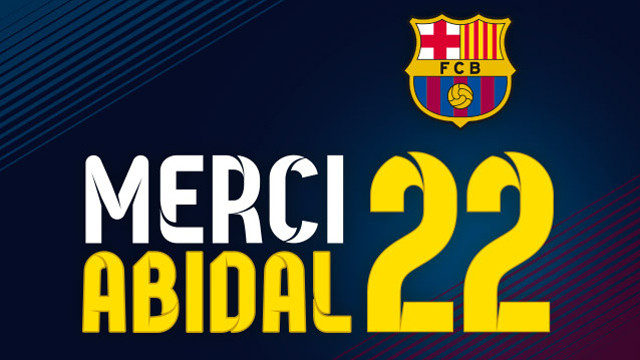 After the game with the Andalusians, the player will receive a tribute from the players and fans

Éric Abidal will be leaving FC Barcelona after Saturday’s match although he is expected to return to the club once he has retired from active duty. President Sandro Rosell has spoken about how the club wants “to show Abi how much we love him” and has encouraged everyone to come along to give him the send-off he deserves.

Once the game is over, all of the players will be wearing a shirt saying “MERCI ABI22” and will make their way to the centre circle while 22 child members will form a guard of honour for Abidal, his daughter and their cousin Gerard.

This will be followed by a video in honour of Abidal, and team captain Carles Puyol will present his colleague with a commemorative shirt as a memento from the whole squad.

The idea is for the ceremony to be simple but emotional, and will end with a few words of thanks from Abidal, who will leave the ground through a guard of honour formed by his team-mates.