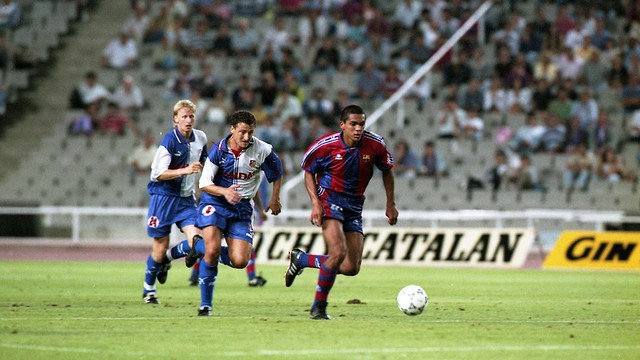 The last time the two sides met in the competition was in 1996, which was also Ronaldo’s first game for Barça

Barça won to give manager Bobby Robson his first trophy with the Club.

Since the Spanish Super Cup was created in 1982, Atlético Madrid and Barça have met four times in the competition, Barça winning on three occasions with Atletico winning just the first of the four contests.

Barça’s first success against Atlético Madrid came in 1991, the two legs ending 0-1 and 1-1. A year later, in 1992 the two sides met again with Barça lifting the third Spanish Super Cup in the Club’s history.

The last meeting between the two sides – and the last time Atlético took part in the competition – was in 1996. Barça won the first leg played in the Olympic Stadium in Barcelona 5-2. In the return leg, without Ronaldo and Giovanni, Barça lost 3-1 but won the Cup on aggregate.