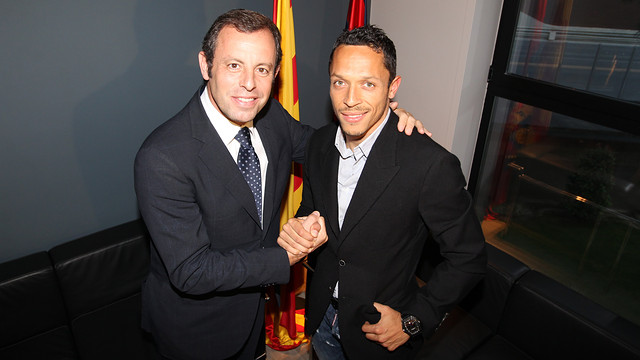 The Brazilian will don the Blaugrana strip for four additional seasons

Adriano Correia inked his new contract with FC Barcelona this Tuesday afternoon. The player will remain at the Club through 2017 and his buyout clause has been set at 90 million euros.