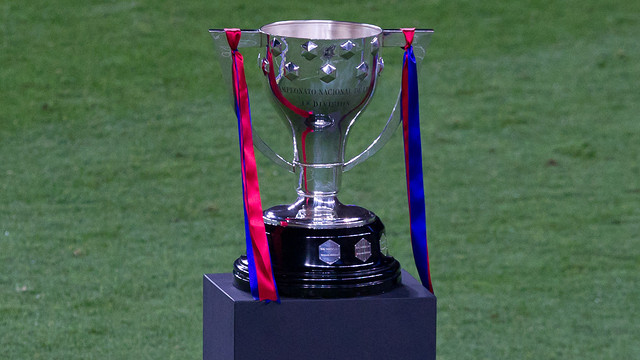 A defeat or a draw for Real Madrid this Wednesday evening (kick-off 9.30 pm) will hand FC Barcelona the 22nd league title in the Club’s history.

FC Barcelona isn’t playing today but could end up winning the Spanish league title just the same. Any result but a win for Real Madrid against Malaga in the Santiago Bernabéu (kick-off 9.30 pm) will mathematically guarantee the 22nd league title in Barça’s history. Tito Vilanova’s Barça has an 11-point lead at the top of the table with just four more game left to play. If Real Madrid slips up tonight, Barça will be champion. If not then Barça will have to wait until the weekend to get another chance to clinch the title.

If Real Madrid takes the three points tonight, then the same scenario will be played out on Saturday when they take on Espanyol in the Cornellà-El Prat stadium.

But if Real Madrid wins both matches then Barça will have the chance to clinch the league title on the pitch when they face Atlético Madrid in the Vicente Calderón on Sunday (kick-off 7 pm, GolT, Canal + Liga).  A win against Atlético Madrid would round off a fantastic league campaign.