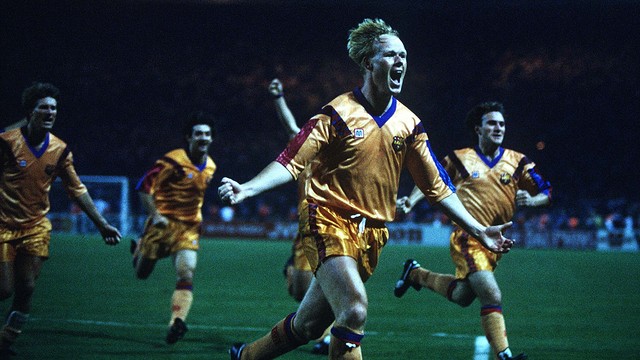 The dream became a reality on 20 May 1992 at Wembley Stadium in London, when Barça beat UC Sampdoria of Genoa

The course of FC Barcelona’s history changed forever on May 20 of 1992. Johan Cruyff’s last instruction to his players before they stepped onto the pitch was: “Go out and enjoy it”. The match went to extra time after a scoreless draw. In the 111th minute, Ronald Koeman’s brilliant free kick clinched Barça’s first European Cup victory. 25,000 supporters accompanied the team to Wembley. 1,000,000 people turned out on the streets of Barcelona to welcome the European champions home.