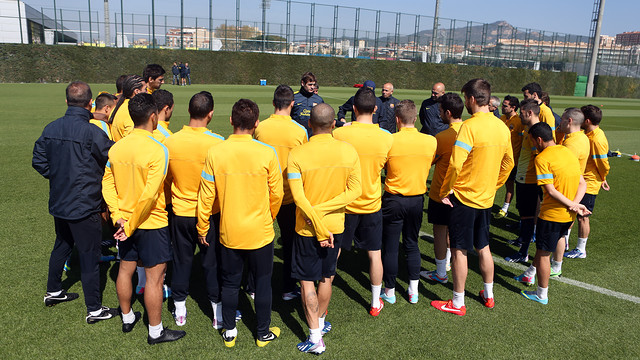 Squad switch focus to Saturday’s game – which could see them claim the league title.

The full first team squad were back in training this morning following the defeat in Munich, with Vilanova able to call on all his available squad members plus Bañuz from Barça B.. The session centered on preparations for Saturday’s game in Bilbao, which could see Barça claim the league title, should they win and Real Madrid lose the derby game at the Calderon.

The injured Carles Puyol and Javier Mascherano both continued with their recovery programmes.

The players will train again on Friday afternoon at 16.30 ahead of the trip to the Basque Country. Coach Tito Vilanova will hold a press conference before the session at 15.30.