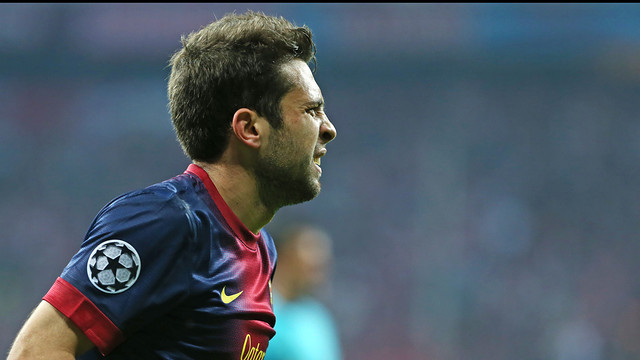 Tito Vilanova won’t be able to call on Jordi Alba for the return leg of the Champions League semi-final against Bayern Munich. The left back was booked on the 89th minute for throwing the ball at Robben’s face when the German side were preparing to execute a throw in. Alba had been booked against PSG and Celtic and, therefore, he will be suspended for Barça’s next Champions League match.

Today’s was Alba’s ninth game in the Champions League this season. Throughout Barça’s European campaign he’s scored two goals, against Celtic and AC Milan; both at the Camp Nou. Alba was one of three Barça players who were one yellow card away from suspension, the other two are Piqué and Song.