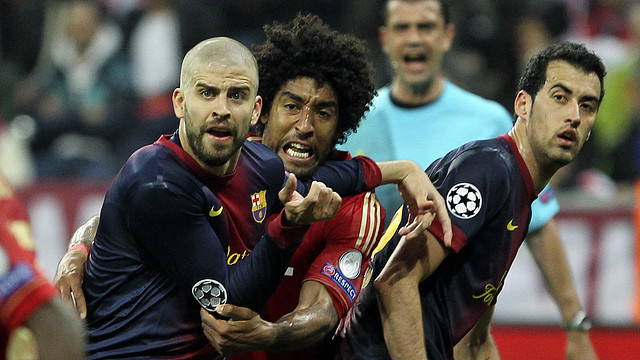 Despite the fact that a Barça-Bayern is considered a classic matchup in European football, the two sides have only faced off against each other seven times

Barça will host Bayern on Wednesday at the Camp Nou after last week’s 4-0 defeat in Munich. The two teams will battle it out for a spot in the final of the Champions League, which is scheduled for May 25th. Here’s an overview of the juiciest stats and facts surrounding tomorrow’s match:

– Despite the fact that a Barça-Bayern is considered a classic matchup in European football, the two sides have only faced off against each other seven times.

– Of these seven matches, five of them were in the Champions League and two of them in the UEFA Cup. Barça have won one, tied two and lost four.

– The only match between the two sides that ended with a Blaugrana victory was in the 2008/09 season, in the away leg of the Champions League quarter-final. The result was 4-0. Curiously, this result would be enough to force overtime on Wednesday.

– The tie in the 2008/09 season was the only time Barça have ever progressed to the next round of a European competition against Bayern Munich.

– In the quarter finals of the UEFA Cup in 1995/96 Bayern eliminated Barça and went on to the semi-finals. Two years later, in the Champions League, the German once again defeated Barça by winning both matches in the group stage.

– Barça most effective player against Bayern is Leo Messi as the Argentine has scored two goals from three matches against the Bavarians.

– Even though Bayern have won more matches this season in the Champions League, the difference in goals scored between the two sides is pretty similar: Barça have scored 9 goals while Bayern have netted 12 times.

– It’s worth noting that Bayern and Barça have never played against each other in a final.