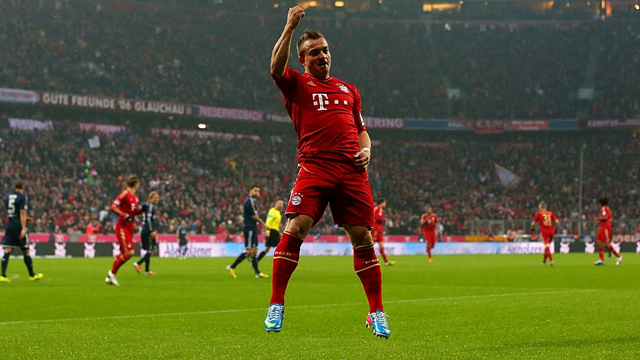 Bayern Munich coasted to victory against Freiburg, who are fifth in the Bundesliga. Mario Gómez, Javi Martínez and Frank Ribéry featured for the Bundesliga champions while Philipp Lahm and Bastian Schweinsteiger did not suit up for the match.

Jupp Heynckes’ men dominated the pace of the match and it didn’t take long for Bayern to score the opener at the Allianz Arena. Shaqiri took advantage of a defensive error to slot the ball to the back of the net.

Bayern Munich will play against FC Barcelona on Wednesday for the return leg of the Champions League semi-final. The Germans come into the match with a 4-0 advantage.