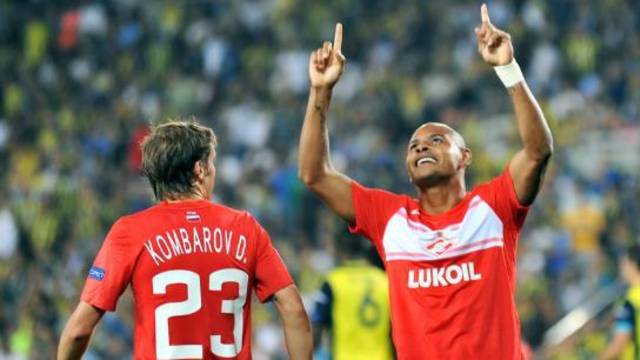 FC Barcelona’s first rival in the Champions League, Spartak Moscow, were held to a two-all draw against Kuban Krasnodar

Celtic Glasgow, another rival in the Champions League, lost to St. Johnstone

Barça’s first opponent in the Champions League, Spartak Moscow, tied at two in their Russian league match-up this afternoon. The Russian team was unable to overcome Kuban Krasnodar, despite taking an early lead on 13 minutes (goal scored by McGeady). On 27 minutes, Kuban equalised and both teams went to the break with 1-1 on the scoreboard.

At the start of the second half, Spartak reclaimed the lead, but Kuban drew level 10 minutes later. The last 30 minutes of the match saw both teams try to score the game-wining goal, but neither side managed to break the deadlock. Spartak now sit in the seventh spot in the Russian league standings, and will visit Barcelona this Wednesday for their first match of the Champions League group stage.

FC Barcelona’s other rival in the group stage, Celtic Glasgow, lost its match against St. Johnstone by 2 to 1. The Glasgow-based team took the lead on four minutes thanks to a goal scored by Kris Commons. It looked as though Celtic were going to take the match, but on 18 minutes St. Johnstone managed to draw level thanks to a goal scored by Gregory Tadeo. From that moment on, the game turned into a back and forth, with clear chances for both sides. The deadlock was broken on 80 minutes when Rowan Vine scored the game-winning goal for St. Johnstone.