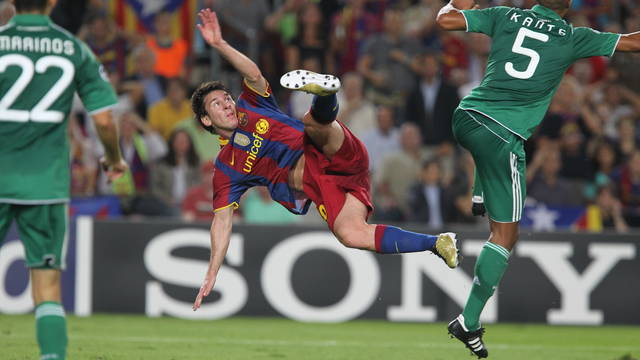 Barça, who kick off their Champions League campaign on Wednesday against Spartak Moscow at the Camp Nou, have won 7 and drawn the other in their last 8 home European debuts

The team average 3.4 goals in the opening games they’ve played at home

Barça have never lost their first game in the Champions League when it’s been played at the Camp Nou. Over the last eight games when they have opened their campaign at home, Barça have won seven – with last year’s 2-2 draw against AC Milan the only time they’ve failed to claim an opening home victory.

Starting the campaign with a home win has almost always meant classification for the next round too, with the team failing to make it through only in the 2000/01 campaign. On all the other occasions when they’ve started out at the Camp Nou, the team have made it through to the next round.

It’s not just the wins that have impressed though – it’s the goals, with the team averaging 3.4 goals in those eight games – the biggest win coming two years ago when they beat Panathinaikos in the first game and then went on to win the Club’s fourth European Club.